An Ingress is an object that allows access to Kubernetes services from outside the Kubernetes cluster.  Ingress is made up of an Ingress object and the Ingress Controller.  An Ingress Controller is the implementation of the Ingress.  In this project, two Ingress implementations, HAProxy and Nginx were examined on Azure environment.  These two Ingress controllers both use the in-cluster Ingress solutions, where load balancing is performed by pods within the cluster.  My works explore the different setup used to configure Ingress features through annotations and Kubernetes ingress specifications.

The basic functions exercised in this project include routing, authentication, and access control features such as whitelist, rate limit, buffer size.  Various TLS configurations were investigated, including using self-generated certificates with open SSL, using HPCC TLS implementation with Cert-manager, and configuring TLS with a dynamic, externally reachable IP address.  Also explored and tested are deployment patterns blue-green and canary deployment, implemented by HAProxy and Nginx controllers, respectively.  These configurations are very useful in real Cloud application development and maintenance. For example, utilizing canary to gradually adapt new application features such as with ECLwatch in HPCC cluster.  User end-to-end request to response time was collected from nine ECL samples, with the scenarios being the usage of HPCC with and without the Nginx Ingress controller.  The initial latency tests indicate that Ingress does not add much performance delay.

Some benefits of using Ingress for cloud are that it comes with a wide range of features, such as access control, basic authentication, providing a singular access point for external traffic, and advanced routing.

In this Video Recording, Amy provides a tour and explanation of her poster content. 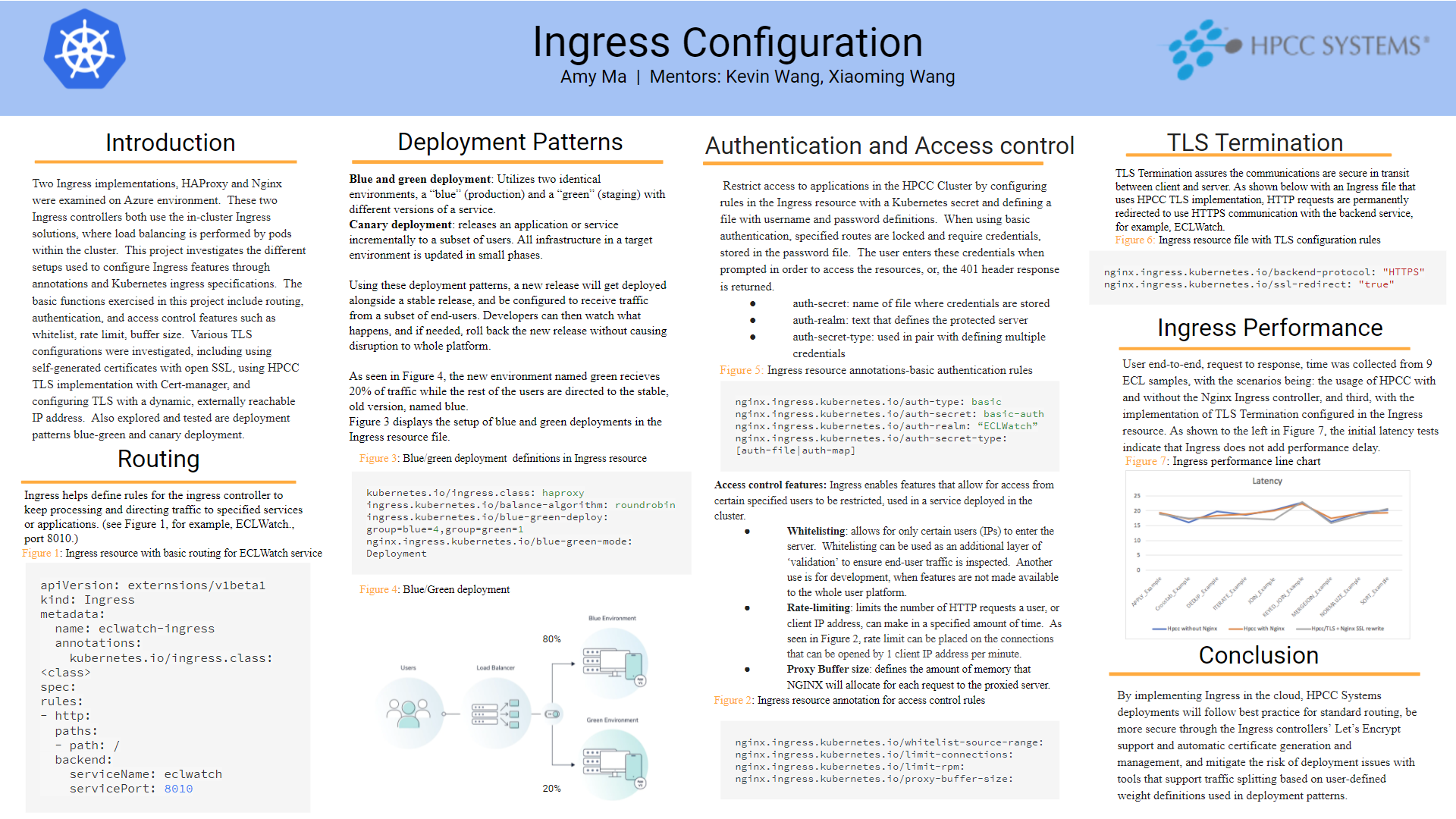