Big Data has become an important field, and there is a steep learning curve to getting used to handling Big Data, especially in distributed systems. HSQL for HPCC Systems is a solution that is developed for allowing users to get used to its architecture and the ECL (Enterprise Control Language) language with which it primarily operates. HSQL aims to provide a seamless interface for data science developers to use, for working with data. It is designed to work in conjunction with ECL, the primary programming language for HPCC Systems, and should prove to be easy to work with and robust for general purpose analysis.

HSQL is made to provide a compact and easy to comprehend SQL-like syntax for performing visualizations, general exploratory data analysis, training of Machine Learning models while also allowing a modular structure to such programs. Functions can also be written to allow for code reuse. It can also integrate with VSCode IDE and provide Syntax Highlighting and Code Completion features.

In previous work on HSQL, the primary foundations were set and in this work, various improvements were made to make it more usable and correct as a compiler. The architecture of the compiler has received changes that allow it to translate more effectively and the newer version of the compiler brings in support for functions, for code reusability, and modules that help structure code. Additionally, a lot of the existing statements have received new features that make them easier and better to use.

In this Video Recording, Atreya provides a tour and explanation of his poster content.

Improvements on HSQL: A SQL-like language for HPCC Systems 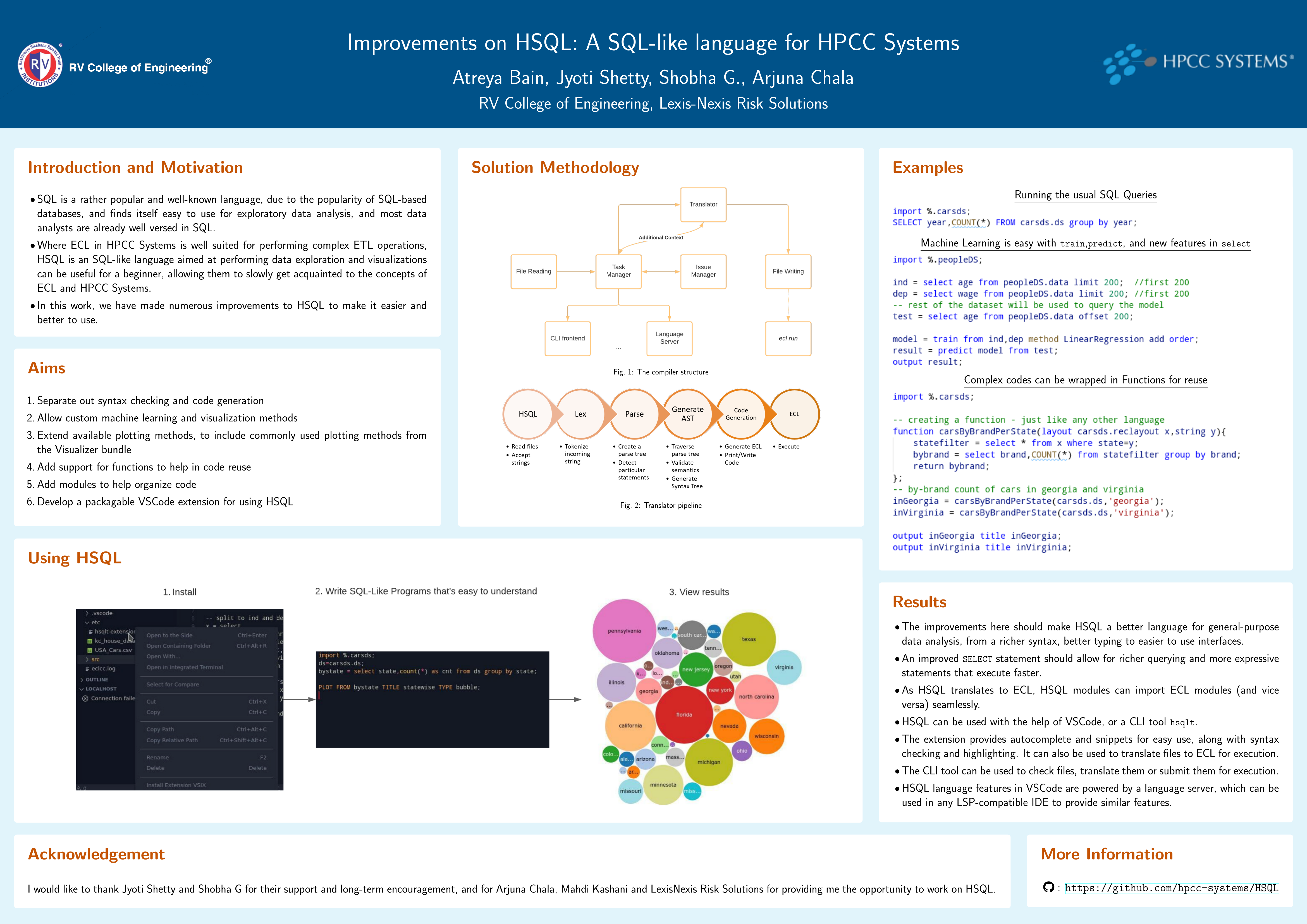