With almost $14.08B going through illegal crypto addresses there is a need to investigate and build rich relationships between bitcoin transactions so as to deanonymize users and track parties who use the network for illegal purposes such as racketeering, trafficking, and money laundering. The challenge faced is that bitcoin transactions usually do not carry adequate information about the user in the blockchain. To overcome this, the behavior of users over long periods of time can be used to great effect, almost acting like a virtual fingerprint of the person. The aim of this project is to use the transaction time series data generated by a given address and compare it to a pre-existing anomaly sample and classify it. The end goal is to detect users who are either using a different set of addresses for personal uses but with similar patterns of behavior or to find different users with a comparable pattern of behavior.

The first task involved the collection of the bitcoin transaction data. To achieve this Python and ECL were employed. The python code would parse the raw hex data stored by a bitcoin core node in the form of blk00xxx.dat files. Each file contains multiple blocks of data and the file is generally limited to 128 MiB. This data is parsed into a structured form.

The Python code is used to convert the raw hexadecimal block data into human interpretable data. However, bitcoin does not store the input address but instead stores the input transaction and its corresponding output that acts as an input to the current transaction. This confusing pair of data is not required. To find the input address we locate the previous incoming transaction and match the output address. The processing is done using HPCC Systems in ECL due to its superior indexing efficiency.

After this, the Kolmogorov–Smirnov test which is a nonparametric test of the equality of continuous (or discontinuous) one-dimensional probability distributions is performed. The two-sample KS test, and other such tests, allow us to compare any two given samples and check whether they came from the same distribution. If so, we can conclude with a high degree of certainty that the two are originating either from the same user or from people engaging in similar activities in this case - criminal activities.

In this Video Recording, V A Sriram provides a tour and explanation of his poster content. 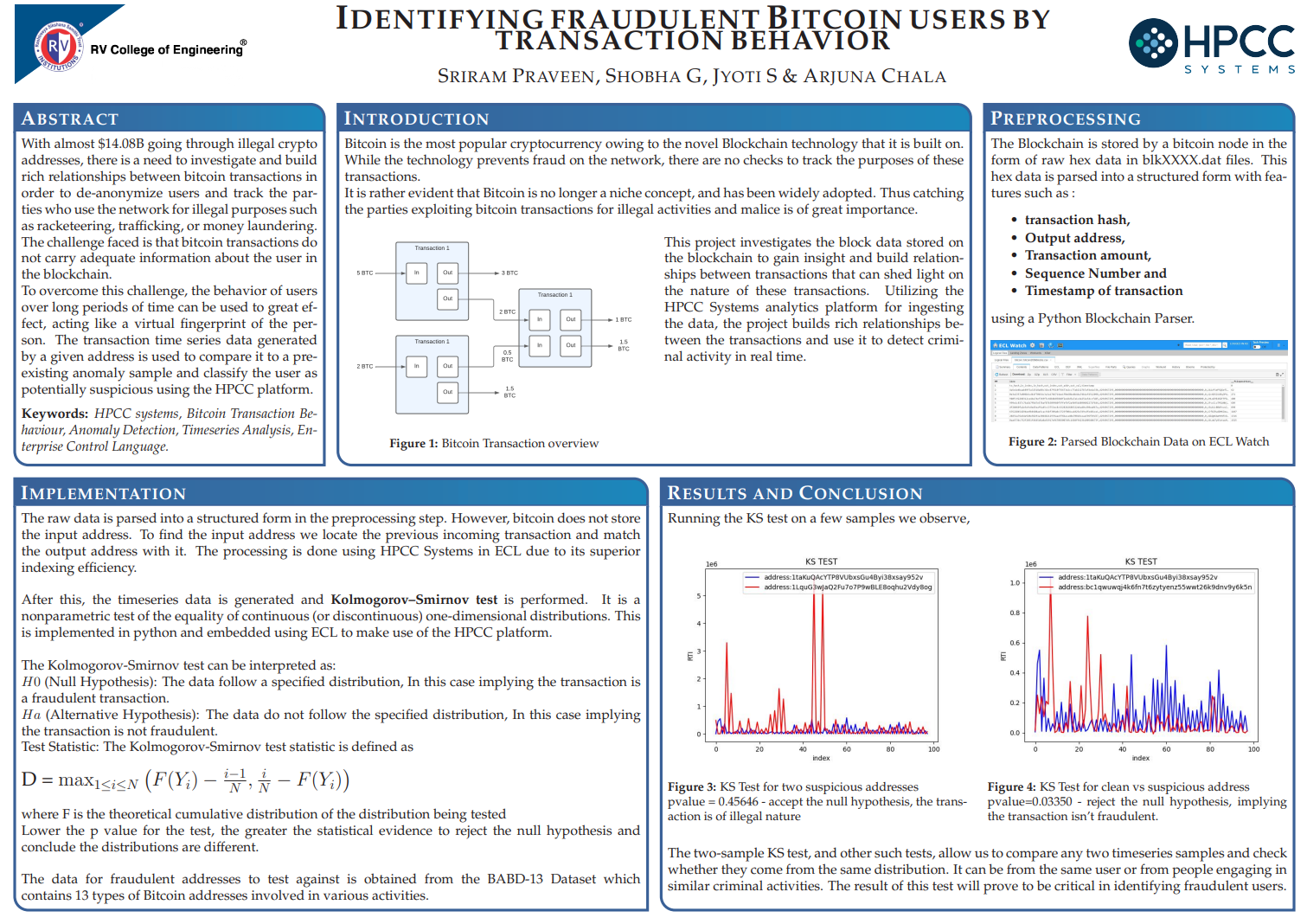